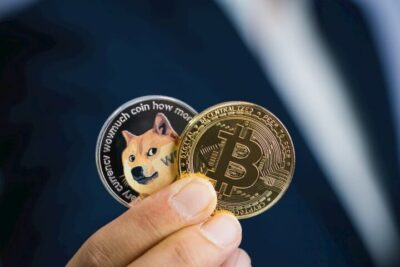 What is a Meme Coin: Why They Are Popular

Meme coins and tokens have gained prominence, inspired by internet memes and current events, and promoted by influencers.

Influential people have always had the opportunity to influence the world of cryptocurrency. When Elon Musk began to promote the meme cryptocurrency Dogecoin actively, it caused a wave of imitators and increased the popularity of the token.

Some say funding in meme coins is nuts, while others see it as a 1000% return potential investment. But interest in meme coins has skyrocketed.

What are Meme Coins?

Typically, meme coins have no utility or even intrinsic value. They are often excited by internet memes: jokes and funny pictures.

The first meme coin, DOGE, is based on the popular meme Doge. It’s a photograph of a Shiba Inu dog. At the same time, Dogecoin uses a separate blockchain. The cryptocurrency stands out from all other meme-coins that use existing blockchains.

There are dozens of meme cryptocurrencies.

Why did Meme Coins Become Popular?

Since the launch of Dogecoin in 2013, the very process of creating cryptocurrencies has become noticeably more manageable. Therefore new meme tokens could be made at least every day and become known. But if they were in any way connected with current events or prominent influencers.

For example, Mark Zuckerberg posted a photo of his domestic goats with the caption “My Goats: Max and Bitcoin.” And just a few hours after the publication of this post on the social network, the cost of the Aqua Goat meme-token increased by about 300%.

And when Elon Musk wrote on his Twitter account that in the event of a scandal around him, this scandal should be called “Elongate.” An hour later, the ELONGATE token was launched. For-profit? Perhaps. However, to date, according to their statements, the creators of the meme-coin have donated about $ 3 million from their profits to charity.

Differents from Other Cryptocurrencies

All cryptocurrencies depend on their user communities and influencer support. However, meme coins increased popularity mainly due to their strong associations with influential people like Elon Musk. It is enough for a Tesla director to tweet on any topic, and the price of a token based on that topic will skyrocket at the speed of light.

Meanwhile, the creators of meme coins are trying their best to get into the news roundup to increase the price of tokens. So, the creators of Shiba Inu decided to award half of all SHIB to Vitalik Buterin. But he ruined their plans, destroying most of the tokens received. After which, he publicly appealed to all cryptocurrency developers, asking them not to transfer tokens to him without his consent.

Meme tokens accounted for about 2.8% of the cryptocurrency market capitalization. It was in mid-June 2021. And the value of the entire sector was estimated at $ 38 billion. But sharp jumps in value in this market are commonplace.

Many tokens in circulation characterize any meme cryptocurrency – often, this number reaches quadrillion.

What are the Most Popular Meme Coins?

Dogecoin, Shiba Inu, and Safemoon are the most popular meme coins according to the price aggregator CoinMarketCap. Let’s take a look at what they are.

Dogecoin was created by programmers Jackson Palmer and Billy Marcus. It all started as a simple joke, but over time it has grown into a full-fledged cryptocurrency, especially after Elon Musk himself began to promote it in 2019.

Musk is working with the Doge developers to help them improve the platform, make it more affordable for goods and services.

Shiba Inu was launched in April 2021 as “an experiment in decentralized spontaneous community building.” By mid-November 2021, the value of the meme token has skyrocketed by 2,000,000%.

Shiba Inu benefited from the popularity of Dogecoin, especially when Elon Musk appeared in one of the SNL issues and called DOGE a “wiring,” which caused the competitive cryptocurrency to plummet in price.

In total, there is one quadrillion SHIB tokens in circulation, and the platform itself is built so that users can store billions and even trillions of tickets. 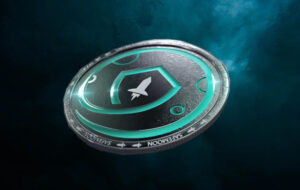 In contrast, SafeMoon uses a deflationary tokenomic model. It implies the following: during each transaction of SafeMoon coins, 5% of them are burned, and another 5% is redistributed among the remaining token holders. Thus, the total supply of tokens gradually decreases, which provides a “safe” profit and a low probability that the cryptocurrency will eventually turn into a bubble.

What are the Dangers of Meme Coins?

Not everyone sees the dark side of Dogecoin and similar cryptocurrencies. In June 2021, Thailand officially banned the trading of Meme Tokens, NFTs, and Fan Tokens.

There is always a risk of rug pool (withdrawal of liquidity from the pool, due to which the price of coins drops sharply). In practice, it looks like this: developers hold a significant portion of the coins, waiting for as many people as possible to acquire their cryptocurrency, and then quickly sell all their reserves. And while tokens are rapidly depreciating, their creators are leaving with a lot of money. Even experienced investors can fall prey to such phenomena.

One way to alleviate the risk of a rug pool is to buy only verified tokens or those that some third party oversees.

How about crypto? 2022. Powered by WordPress